TCWD Message to our Customers:

Trabuco Canyon Water District (TCWD) wants to assure our customers that the water at your tap continues to be of the highest quality and 100% safe to drink. The coronavirus disease 2019 (COVID-19) has no impact on the quality of your drinking water and there is no need to use bottled water as a substitute.

TCWD's drinking water comes from imported surface water and local groundwater sources, and is filtered and treated with chlorine before entering the water distribution system to ensure that it stays safe through our system to your home. TCWD is also taking steps to ensure that service to our customers will continue uninterrupted so your drinking water is both available and plentiful. If you have any questions, please contact us.

Shadow Rock Detention Basin is located in the northeast part of the City of Rancho Santa Margarita and is owned by the Trabuco Highlands Community Association (THCA). TCWD is an active member of the South Orange County Watershed Management Area Group (WMA Group), comprised of various city and water districts in South Orange County.  TCWD partnered with THCA and the WMA Group to apply for Prop 84 grant funding from the Department of Water Resources (DWR).

The DWR selected the Shadow Rock Project for Prop 84 funding primarily because of its multiple benefits and criteria that met the conditions for Prop 84, including but not limited to its economic feasibility. Each gallon of water recovered results in less imported water from the Colorado River and State Water Project, and ultimately leads to a cost savings to TCWD customers. Prop 84 will fund up to 75% of the budgeted $740,500 project costs to plan, design, and construct the Shadow Rock Project. TCWD will fund the remainder of the costs.

The Shadow Rock Project proposes to modify the existing basin and develop a conjunctive use system that captures and improves water quality, and reuses runoff for beneficial uses while improving the basin’s original storm drain and hydraulic detention capacity.  Specifically, the project consists of a below-grade pump station, pipeline, electrical and controls system, and a wetland configuration as shown in the attached photo simulation.  The wetland configuration will alleviate water stagnation and mosquito breeding areas, provide for regular maintenance of the basin, and minimize the existing weed and vector issues.

Through the support and recommendation by the South Orange County Water Management Area and the Department of Water Resources, TCWD’s and THCA’s Board of Directors have been actively working together on this project since 2011.  Other project partners include the City of Rancho Santa Margarita, OC Vector Control, the County of Orange, and the owners of the adjacent Robinson Ridge property. Construction of the Shadow Rock Project is scheduled to begin in September 2014 with startup by December 2014. 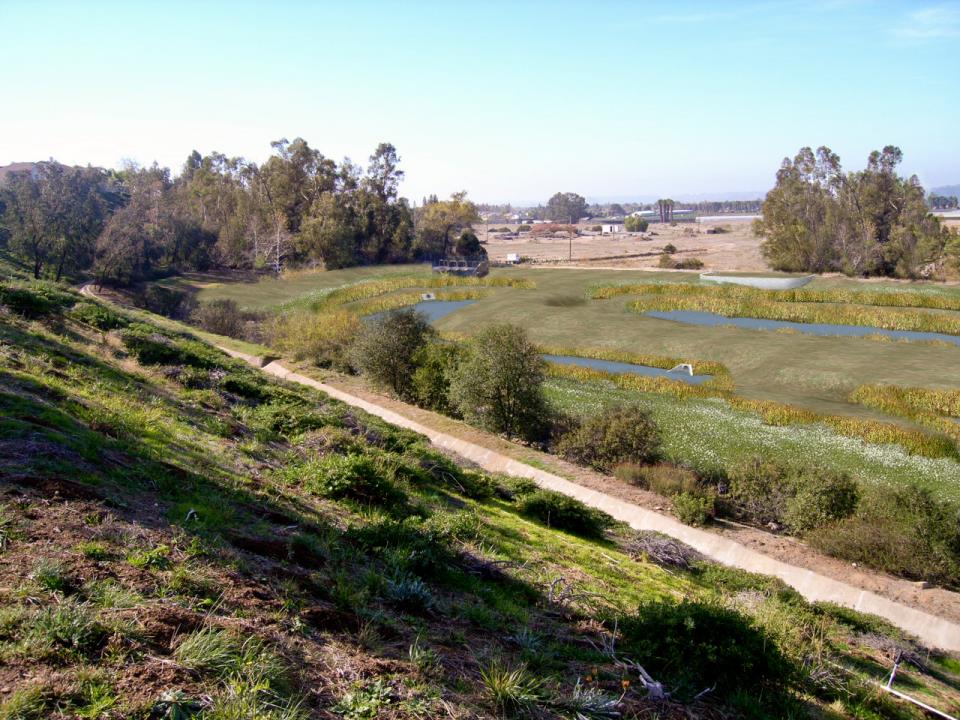